For those who don’t know, Loriley runs the #FDbloggers community across on twitter. You can see the account here and get involved with the chats 1 hour each week on a Thursday! She’s even arranged a meet which is happening next week (annoyingly I can’t make it as I’ll be sat in a field getting drunk – otherwise known as  festival). She’s also started up #FDbloggersGTK to encourage us to start chatting to each other!

I was nominated by Cate from Cate In The Kitchen after she did hers along with a couple of others and you can find mine, along with my own nominees below. Definitely check out both Loriley and Cate’s blogs as they are full of food inspiration. 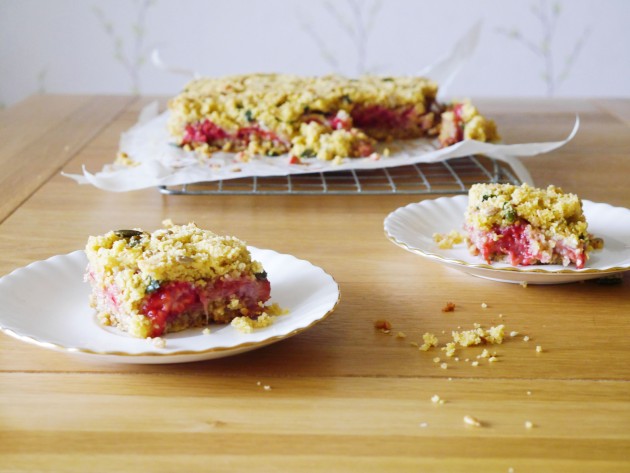 What was your reason for starting a blog? I had been baking on off for a few years but nothing beyond the odd cookie or cake for an occasion. As I started baking more and posting photos on Instagram/facebook people started suggestion I posted the recipes. I think they meant just a Tumblr or something but as I’d just started in Digital a few people there suggested I went the whole hog and started a proper blog. It took a while (I bought my domain 2 months before I did a post) and I wish I’d done it differently (started as a .blogspot and migrated to self hosted wordpress later) but it was always mainly for me rather than other people anyway.

What’s the dish you’re most proud of? I think this could be my Easter Nest Cake. Cake decorating is something I really suck at. I am getting the actual baking part of things down, but when it comes to presentation I’ve still got quite a long way to go. For this one I spent a lot of time and pushed myself to do something a bit more over the top than my usual cake meet frosting and palette knife.

Then on the other side of the scale you’ve got the monster I made last week, which is the Mac N Cheese Pizza Pie which is something I completely winged and it went very well.

What one kitchen utensil could you not live without? My giant pot. I make so many one pot recipes due to being a poor singleton that this is probably the most used utensil in my collection. Although I could say the same about my Kenwood food mixer, which was a Christmas gift a few years ago. That made things much easier and is likely my favourite, but it’s less essential than my pot.

You’re stranded on a desert island, what three ingredients do you take with you? Pizza counts as a single ingredient right? But nah, it’d have to be Chorizo, eggs and flour. There is little I make that doesn’t consist of at least 2 of these.

Who do you take inspiration from? The internet at large. But nah generally a few bloggers, tastespotting and the tele. I’m really bad at this sort of thing because in the food world I’ve few heroes and I’m not as good at reading other blogs as I should be.

Biggest disaster in the kitchen? I think this was probably the time I tried making some pistachio brownies and for some inexplicable reason, used a different core brownie recipe to my usual. I had to make them 3 times before they were even edible. I got so angry I end up launching a tray of powdery, greasy (yup both at once) mess across the room in frustration. Thing bin-gate but me alone in a kitchen in Leeds without any cameras.

Favourite spot for coffee? I am not huge on coffee, but if I’m having one out somewhere it’d be Laynes Espresso if I’m in Leeds or Zealand Road Coffee on Roman Road around the corner from my house. At home it’d be a meg of Earl Grey wrapped in a duvet and if it’s at my parents it’s sat on their bench looking out at a sea loch and Ben More on the Isle of Mull.

Favourite food photo you’ve taken? Gotta be the snaps I took of my chocolate tart recently. This one in particular. I got the light right, the colours right and generally, for once, everything lined up.

What would you say was your most successful blog post and why? That’s a tough one. And it depends what you class as successful. I’ve had posts that have gotten more comments and shares, but I’ve others I know for a fact more people have tried themselves, or I could go in my back end and check which posts have had the most traffic over time. So I’ll split it up! Social shares and likes: Salted Caramel Brownies. Best feedback: Strawberry Glazed Doughnuts.

I’m gonna go with a few pals of mine: Sophie from Sophie Loves Food, Emily from Recipes & Reviews and Katy from My Rumbling Tum to follow on with the #FDbloggersGTK.

Hope you found this enlightening, and I hope you enjoy the other posts!